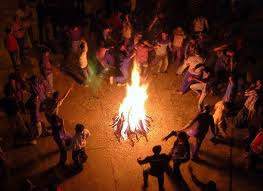 Bogi Festival
Bogi festival or Bhogi is the first day of Pongal and is celebrated in honor of Lord Indra, "the God of Clouds and Rains". Lord Indra is worshiped for the abundance of harvest, thereby bringing plenty and prosperity to the land. Thus, this day is also known as Indran. On Bhogi all people clean out their homes from top to bottom, and collect all unwanted goods. This day is meant for domestic activities and of being together with the family members.All the houses from the richest to the humblest are thoroughly scrubbed and whitewashed. Homes are cleaned and decorated with "Kolam" - floor designs drawn in the white paste of newly harvested rice with outlines of red mud. Often pumpkin flowers are set into cow-dung balls and placed among the patterns. Fresh harvest of rice, turmeric and sugarcane is brought in from the field as preparation for the following day.PujaA special puja is performed on the first day of Pongal before the cutting of paddy. Farmers worship the sun and the earth by anointing their ploughs and sickles with sandalwood paste. It is with these consecrated tools that the newly-harvested rice is cut. The BonfireAnother ritual observed on this day is Bhogi Mantalu, when useless household articles are thrown into a fire made of wood and cow-dung cakes. Girls dance around the bonfire, singing songs in praise of the gods, the spring and the harvest. The significance of the bonfire, in which is burnt the agricultural wastes and firewood is to keep warm during the last lap of winter. In Andhra Pradesh this day is celebrated by girls burning their old clothes and wearing the new ones after an oil massage and bath. Then follows Pongal Panai, a ritual in which new earthenware pots are painted and decorated with turmeric, flowers and mango leaves.

Bhogi is the first day of Sankranthi festival. â€˜Bhogiâ€™ means the first day of the festival. There are many other reasons why the festival is called Bhogi. Since this day provide Bhogabhagyam, wealth and luck to the people it is called Bhogi. India is an agriculture based country from the beginning. The harvest is brought home by the time of Sankranthi and farmers get some time to relax. Houses will be full of grains and farmers will have lots of money in hand. In the back drop the day before the main festival is also celebrated with the name of Bhogi. The day before the festivals like Atla tadiya and Undralla tadiya are also called Bhogi. The reason might be because the women who celebrated the festival spend the day before the main festival happily by applying mehandi to hands etc.
Bhogi religious significance
There is religious importance also for Bhogi festival. In the ancient days people used to worship Lord Indra along with all other Gods. This made Indra proud. Lord Krishna observed this and wanted to teach a lesson to Indra. On the eve of Bhogi festival, all the Yadavas prepared to worship Lord Indra. Krishna stopped them from worshipping Indra. This made Indra angry and as he was the master of clouds, he caused heavy rains and thunders in their place. Lord Krishna lifted the Govardhan hill on his little finger and saved his people. Indra now understood his mistake and the power of Lord Krishna. This shows the legendary importance of Bhogi festival.
Bhogi History
Even in Indian history also there is an importance to the Bhogi festival. The life of Bhagavad Ramanuja explains this. This incident happened in 800 AC. There was a devotee of Vishnu by name Vishnu Chittudu in Sri Villi Puttur. He finds a girl in a Tulasi garden and named her Goda Devi. Vishnu Chittudu considers the girl as his daughter and brings her up. When she attained marriageable age, she refused to marry any other person other than the God himself. She performs Dhanurmasa vratam to marry Lord Vishnu. She writes Tiruppavai praising the God for thirty days. On the next day Lord Vishnu appears before her and asks her to come to Sri Rangam. Vishnu Chittudu takes her to Sri Rangam and gets her married to Lord Sri Ranganatha Swamy, the reigning deity of Sri Rangam. As Goda Devi enters the sanctum sanctorum, she disappears. Since that day was Bhogi, devotees perform the marriage of Goda Devi on that day.
Bhogi Rituals and customs
On the Bhogi day people lit huge bonfires in the early mornings. All the useless things in the house are thrown in this fire. Gobbillu which were kept in the rangolis since the last one month are dried and thrown in the fire. Pongal is also cooked on this day. It is believed that if people get up early in the morning and take head bath, all the ill effects can be removed. In the evening women invite other women to their homes. Small children in the house are given new clothes. They are given Aarti and are showered Bhogi pallu which consist gooseberries, sugar cane pieces and flowers. It is believed that this procedure will protect children from evil forces.
Another important ritual that is followed on Bhogi day is the Bommala Koluvu or arranging the toys/dolls in order. In olden days children used to collect new toys from ten days before Sankranthi. Various toys and dolls collected from various places are arranged on steps on which white cloth is spread Women and children in the neighborhood are invited for a get-together in the evening. Women are offered turmeric, kumkum, fruits, betel leaves and soaked Bengal grams. Though this tradition is not seen in many of the houses in cities, it is still living in rural areas.
Bhogi celebrations
All the houses are cleaned and washed on the eve of Bhogi. Mango leaves and marigold flowers are used to decorate the houses. Rangolis are drawn in front of the houses and are decorated with flowers and colors. Cow-dung balls which are called Gobbillu are placed in the middle of the Muggu. Pumpkin flowers and marigolds are used in the decoration of gobbillu. Girls and women dance around these gobbillu singing songs.
Bhogi Recipes
Bhogi is the first day of three day festival Sankranthi. Special dishes are made for this festival with new rice. Pulagam, sweet pongal, garelu etc are the dishes made for Bhogi festival.
Pulagam
Ingredients: Rice â€“ 1 cup; Moong dal â€“ Â½ cup; Cumin seeds â€“ 1 tea sp; Pepper corns â€“ Â½ tea sp, Salt to taste, Water â€“ 3 cups, Ghee â€“ 1 tb spoon.
Preparation: Take rice and dal in a container and wash them. Add water, cumin seeds, pepper corns. Cook these till they are done and remove from fire. Add salt and ghee. Serve hot with coconut chutney.
Pesara Garelu
Ingredients: Moong dal â€“ 1 cup; Chopped onion â€“ 1; Green chillies â€“ 3 chopped; Cumin seeds â€“ 1 tea sp; Curry leaves, Rice Flour â€“ 1 tb spoon and salt to taste.
Preparation: Soak Moong dal for about three hours. Grind to a paste. Add onions green chillies, salt and rice flour. Make vadas and fry in hot oil. Serve hot with coconut chutney. 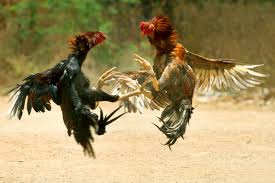 Posted by Narendra at 3:14 PM No comments: 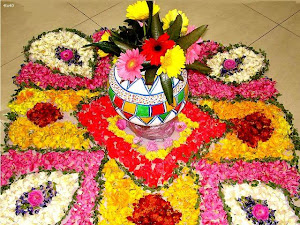 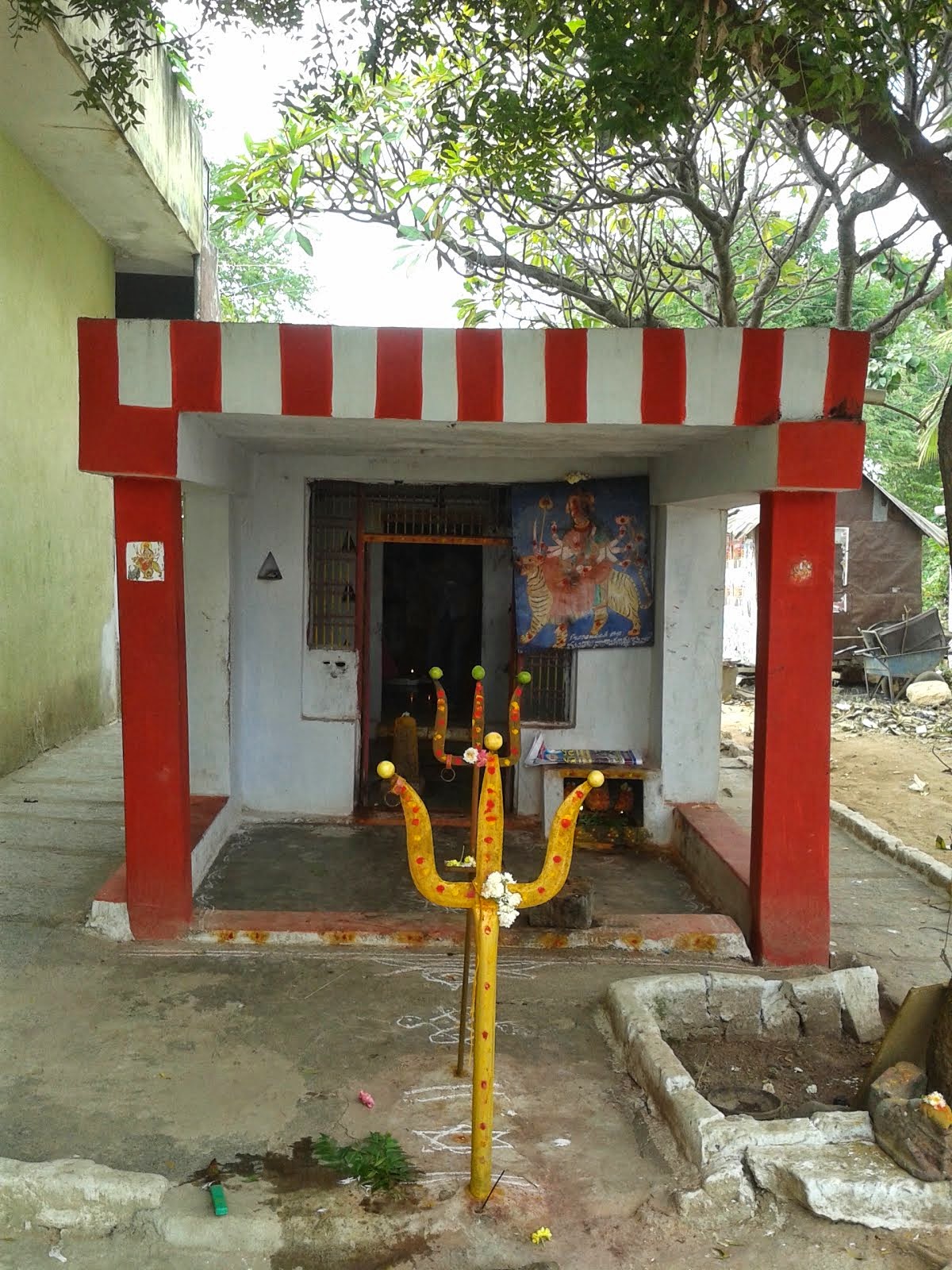